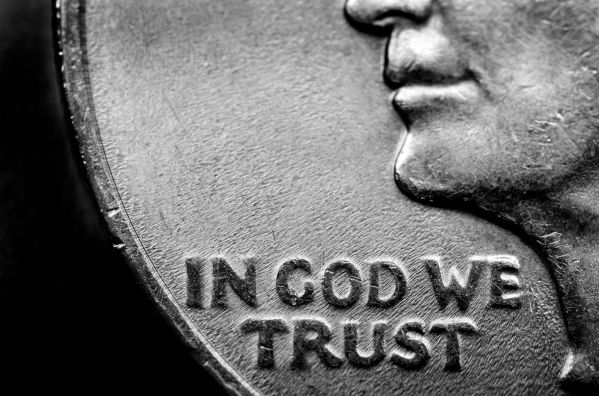 On February 7, 2019, a widely-hated, convicted felon was denied a request to have a spiritual advisor of his faith with him during his execution. He was executed without one. Had he been Christian, a Christian spiritual advisor would have been allowed. Although the heinous acts leading to this felon’s conviction sicken me beyond description, I’m troubled that he was treated differently from other inmates on death row on the basis of his religious faith.

Much has been written about the decline of morality in this country and the tolerance by our society of government behavior that does not reflect the Christian values that forged the framework for our democracy. Carried to its extreme, the self-censoring effects of our “politically correct” facade could foster self-censorship, facilitate intolerance of differences, and hinder our ability to identify and peacefully address issues that affect us all.

In this context, I made a huge mistake. I took the “easy way out” and convinced myself that Christians need not defend non-believers against government overreach.  What a blunder. To the extent this non-Christian inmate was denied a spiritual advisor to comfort him during his execution based on the fact he was not Christian, the people who challenged this decision were not only justified in speaking out, they acted consistent with Christ’s teaching.

Author Ted Olsen of Christianity Today persuasively argues “…it’s good to see Christians defending the religious liberty of non-Christians. It comes at a time when Christian liberty organizations are either scaling back such advocacy or are under increasing pressure to do so…”. Olsen continues, “When we advocate on behalf of Muslims and other religious minorities, the Golden Rule dovetails with making common cause against aggressive secularization and government overreach.” (Olsen, Ted. Christianity Today, “Religious Freedom Isn’t Just for Christians,” Vol 63, No. 3, pg. 21, April 2019) The objective is to be fair and just – and not to treat others in a way we would not like to be treated.

There may be those who argue that defending the religious liberty of non-Christians is inconsistent with Christ’s mandate. However, when it comes to justice and fairness, “God is more pleased when we are just and fair than when we give him gifts.” (Proverbs 21:3)

There also may be Christians who may fear that defending the religious liberty of non-Christians in America threatens our security and way of life. I don’t know how to dissuade their fears other than to say we should trust in God — and to reiterate that unjust and disparate treatment of others ignores Christ’s teachings to treat potential and actual enemies as we desire to be treated ourselves. Turning a blind eye to unfair inequities in our legal system subrogates our moral responsibility to the state, which is inconsistent with God’s authority over us. The questions we need to ask ourselves are these: First, what does Christ teach us; and, second, what we should do if Christ’s teachings conflict with our man-made laws or fears? As a child I learned that trusting God means doing what Christ commanded.

Christ teaches: “There is a saying, ‘Love your friends and hate your enemies.’ But I say: Love your enemies! Pray for those who persecute you! In that way you will be acting as true sons of the Father in heaven. For he gives his sunlight to both the evil and the good, and sends rain on the just and on the unjust too. If you love only those who love you, what good is that? Even scoundrels do that much. If you are friendly only to your friends, how are you different from anyone else? Even the heathen do that. But you are to be perfect, even as your Father in heaven is perfect.” (Matthew 5:43-48)

As for what we should do when Christ’s teachings conflict with man-made laws or public opinion, according to Christ there are two laws we need to follow to remain true to our faith: “Love the Lord your God with all your heart, soul, and mind.’ This is the first and greatest commandment. The second most important is similar: ‘Love your neighbor as you love yourself.’ All the other commandments and all the demands of the prophets stem from these two laws and are fulfilled if you obey them. Keep only these and you will find that you are obeying all others.” (Matthew 22:37-40)

*This post was edited on April 1, 2019, including a change in title and media after ropheka “liked” it. It is unknown whether he also liked the changes made to the post.