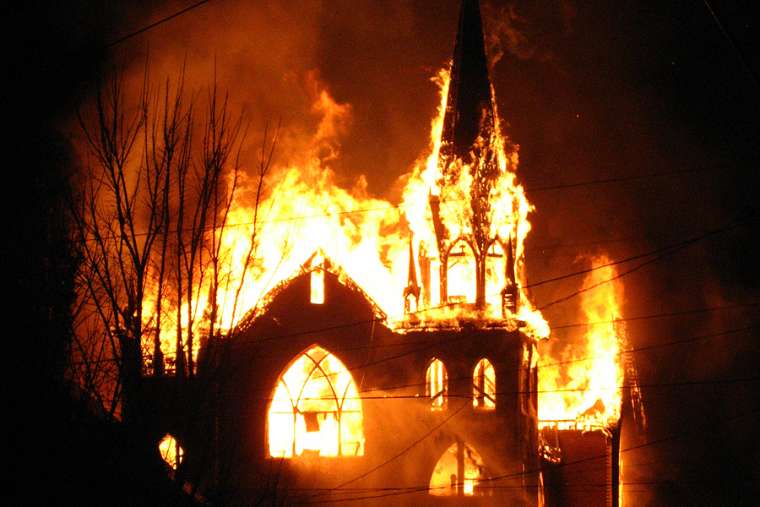 Our image of God is not necessarily a true one. If it were, there wouldn’t be so many people who appear angry at God for the bad things that happen in life. In other words, for not living up to their misconceptions.

Jesus’ crucifixion was such an example of how easily anger can be used against God when we put our desires above our needs – when we put our will above His. As long as Jesus acted in the way people expected and desired Him to, Jesus was celebrated. Shortly before His death, in fact, Jesus arrived in Jerusalem to adoring crowds who expected or hoped He would fulfill the prophesy of being their savior. Later, after fulfilling the prophecy in a way that met neither the crowds’ expectations or desires, those same crowds turned on Him and killed Him.

“As Jesus and the disciples approached Jerusalem, and were near the town of Bethphage on the Mount of Olives, Jesus sent two of them into the village ahead. ‘Just as you enter,’ he said, ‘you will see a donkey tied there, with its colt beside it. Untie them and bring them here. If anyone asks you what you are doing, just say, ‘The Master needs them,’ and there will be no trouble.’ This was done to fulfill the ancient prophecy, ‘Tell Jerusalem her King is coming to her, riding humbly on a donkey’s colt!’ The two disciples did as Jesus said, and brought the animals to him and threw their garments over the colt for him to ride on. And some of the crowd threw down their coats along the road ahead of him, and others cut branches from the trees and spread them out before him. Then the crowds surged on ahead and pressed along behind, shouting, ‘God bless King David’s Son!’ … ‘God’s Man is here!’ …. ‘Bless him, Lord!’… ‘Praise God in highest heaven!’ The entire city of Jerusalem was stirred as he entered. ‘Who is this?’ they asked. And the crowds replied, ‘It’s Jesus, the prophet from Nazareth up in Galilee.” (Matthew 21:1-11)

When Jesus came into Jerusalem that day, he came not as an earthly king descended from King David’s royal bloodline to liberate God’s people from Roman occupation, but rather as a king not of this world. The salvation Jesus offered was not freedom from Rome, but freedom from the consequences of sin – eternal death. Jesus said of His followers, “They are not part of this world any more than I am.” (John 17:16)

Not surprisingly, when Jesus failed to live up to the crowd’s earthly expectations, they became enraged and turned against Him. They tortured and crucified Him without understanding that Jesus had fulfilled the prophecy.

And we still do that today, I think, when we get angry with God for not satisfying our desires or living up to our expectations of Him – with little regard to whether our desires or expectations reflect God’s nature or Scripture’s meaning. Without challenging ourselves to know God intimately through prayer and reading the Bible, we set ourselves up for disillusionment and disappointment.

We set ourselves up for disappointment by wishing God to do something or be something He is not, or by interpreting Scripture to meet false expectations and desires that are inconsistent with God’s purposes.

But there is hope. God is loving, merciful, and forgiving and He wants us to know the truth. By examining our faith through prayer, Scripture, and fellowship with other believers, we can expand our knowledge of God’s nature and purpose. We can dispel cultural and personal falsehoods about God that subordinate His Word to our desires, fears, and misconceptions. We can have a meaningful and intimate relationship with God, through Christ, enabling us to become the best versions of ourselves that we can be.

Jesus prayed, “I am not praying for these (believers) alone but also for the future believers who will come to me because of the testimony of these. My prayer for all of them is that they will be of one heart and mind, just as you and I are, Father – that just as you are in me and I am in you, so they will be in us, and the world will believe you sent me.” (John 17:20-21)