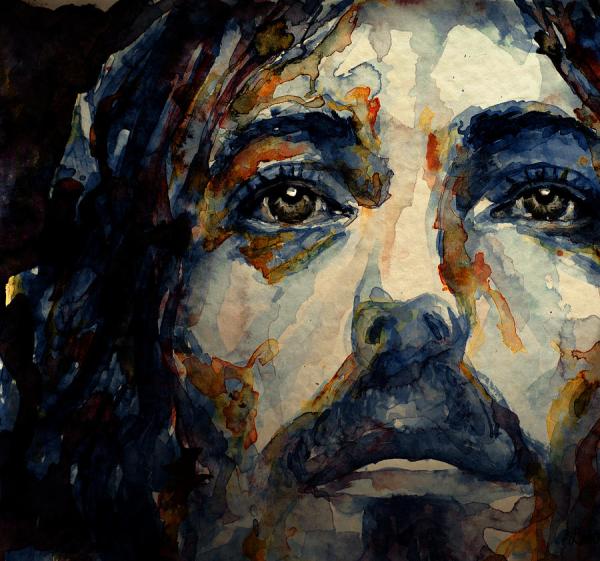 Christianity and Islam teach us there is only one God. At a recent community meeting to improve communication between Christians and Muslims, it was stated by a member of the audience that since both religions believe in Jesus, we all share the same God. This statement generated much emotion and controversy. As the evening progressed, it became clear that the meeting attendees knew very little about any religion other than their own. It also became clear to the Christian and Islamic religious leaders in attendance that a few Christians and Muslims were unfamiliar with some aspects of their own faith. Complicating discussions, it appeared many attendees were mistakenly projecting what they knew about their own religion onto the other faith, without realizing that surface similarities sometimes mask fundamental differences.

True, there are many similarities between Christianity and Islam, which may vary within sects of each religion. For example, both Christians and Muslims believe in one all-knowing God. We probably would agree that God cannot be fully comprehended. We agree God created mankind, but that mankind turned away from God. We both claim a special relationship with Abraham. We are taught that God sends mankind messengers — human and angelic. We probably would agree that Jesus once walked among us in the Middle East, including in the regions currently referred to as Egypt (Matthew 2:14-15), Israel, Jordan, Palestine, the West Bank, and Syria (Mark 7:31). We might agree that Jesus spoke Aramaic, and perhaps other languages as well.

Christians and Muslims both believe Jesus performed miracles, we both revere Jesus and Jesus’ disciples, and we believe that Jesus will return. However, there is the potential for misunderstanding if we equate these similarities with sameness; similar semantics and imagery between our respective beliefs often obscures dissimilar theology, which obscurity can create misunderstandings and undermine harmonious coexistence. Misunderstanding is the seed of distrust. Under the right conditions, misunderstanding sows a bitter harvest.

The Christian image of God (“Yahweh” or “Jehovah”) impacts Christians in a way that Muslims do not experience, and the Islamic image of God (“Allah”) impacts Muslims in a way that Christians do not experience. As in all religions, we reflect the nature of God as our beliefs define Him. Whether we use as our role model the Lord Jesus or the Prophet Muhammad, our respective religious beliefs regarding the nature of God mold our relationships, define our values, predict our behavior, and shape our world outlook. Author Nabeel Qureshi beautifully observed, who we are in faith changes how we see ourselves, other people, and the world around us. (No God But One, p. 26, Nabeel Qureshi, 2016)

A cornerstone difference between Christianity and Islam relates to the identity of Jesus. Although both Christianity and Islam teach that Jesus was born of the virgin Mary, the relationship of Jesus to Christianity’s understanding of the nature of God is fundamentally different than it is to Muslim understanding. Conceptually speaking, it is as if there is a “Christian Jesus” and an “Islamic Jesus”: Compatible as proponents of peace, yet incompatible with each other’s religion in the context of their respective theologies.

Simply stated, in Christianity, Jesus is God in the flesh — sinless. To Christians, Jesus is the very nature of God. Jesus is Lord. Because Jesus is divine, Jesus is “the Word of God” — the “Living Word.” In contrast, Islam teaches that Jesus is not God. Jesus is a Messenger of God — a prophet. Jesus is revered in Islam, but subordinate in importance to Islam’s Prophet Muhammad, who lived several hundred years after Jesus. According to Islam, it is to the Prophet Muhammad that the Angel Gabriel revealed the final revelations of God, which are written in Islam’s Holy Book, the Quran. In Islam, the Quran is “the Word of God,” not Jesus. It is the Prophet Muhammad who is the greatest prophet and the most perfect human being in Islam. It is the Prophet Muhammad who serves as a role model for Muslims illustrating human behavior pleasing to God. Although Christians believe Jesus to be the only Son of God as encompassed by the doctrine of the Holy Trinity (“God the Father, the Son, and the Holy Spirit”), Islam rejects the Christian concept of the Holy Trinity. (Verse 5:73 of the Quran, Sahih International)

The doctrine of the Christian Holy Trinity underlies many of the false assumptions Christians make about Muslims and many of the false assumptions Muslims make about Christians.  The doctrine of the Holy Trinity illustrates the relational nature of three “personas” within a singular, almighty God. The doctrine of the Holy Trinity is something that all orthodox Christians believe, including Greek Orthodox Christians, Roman Catholic Christians, Evangelical Protestant Christians, and others. It’s admittedly a complex concept to comprehend because it labors to explain God’s divine nature, which is not of this world and not limited by physical dimensions; it’s even harder to explain using words that are limited by worldly experience. In simple terms, it refers to the existence of One Almighty God with three separate personas – all perfect, and all and together the essence of God. Perhaps by human analogy, it resembles how we might describe ourselves as a parent, a child, and a friend — a single person, but one with three personas. As one Christian described in 2002, “(The Holy Trinity) is at the heart of the distinctive message we proclaim and what sets (Christians) apart most dramatically from Islam.” (George, Timothy. “Is the God of Muhammad the Father of Jesus?”, Christianity Today, February 4, 2002) Another important, related example of the differences between Christianity and Islam is that Islam refutes Christianity’s fundamental beliefs that Jesus was crucified, died for our sins, and was resurrected from death before Jesus ascended into heaven.

The belief that Jesus is God is the heartbeat of Christianity. At its core is the belief that God loves us so much that He gave His Only Son so that we might have eternal life with Him, by virtue of His grace and mercy. Christianity is based on Holy Scripture, which includes thousands of years of fulfilled prophecies and divine promises — and the Gospels. The belief that Jesus was crucified, died for our sins, rose from the dead, ascended into heaven, and is our Lord, is an indispensable part of Christian theology. It is these beliefs that form the framework for Christian understanding whenever Christians discuss Jesus — or hear His name. This belief system contributes to misunderstandings between Christians and Muslims, because Christians may not realize that Christian beliefs about Jesus are different than Islamic beliefs about Jesus. Similarly, Muslims may not realize that Christian beliefs about Jesus do not mirror Islamic concepts of Jesus.

Over time, I have come to realize that the kind and loving Muslims who I have been privileged to know revere Jesus in a different way than I do as a Christian. My Muslim friends revere and follow Jesus’ teachings only in the context of their Islamic faith and understanding of Him, not in the context of my Christian faith and understanding of Jesus. Although we each believe in one God, the nature of God as we perceive God is very different. And for me, that is all right. It’s not for me to judge the relationship of others to God. It is for me to be faithful to my own.

The question I ask myself as a Christian is not whether Christians and Muslims share the same God, but whether we can coexist in peace despite the religious differences between us? The answer is yes — with God’s grace. Jesus teaches us that with God all things are possible. (Matthew 19:26) Whether we are Christians who worship Jesus as our Lord or we are Muslims who revere Jesus as a Messenger of God, consider that Jesus says, “… ‘Love the Lord your God with all your heart, soul and mind. This is the first and greatest commandment. The second most important is similar: ‘Love your neighbor as much as you love yourself.’ All the other commandments and all the demands of the prophets stem from these two laws and are fulfilled if you obey them. Keep only these and you will find that you are obeying all others.” (Matthew 22:37-40) Jesus does not limit our command to love one another to those of us who are the same — or with whom there is no conflict or disagreement. To the contrary, Jesus says: “There is a saying, ‘Love your friends and hate your enemies.’ But I say: Love your enemies! Pray for those who persecute you. In that way you will be acting as true sons of your Father in heaven.” (Matthew 5:43-44)

Photo: Painting of Jesus Christ by Laur Iduc. May be subject to copyright.

13 thoughts on “Christian and Islamic Jesus: Not the Same”