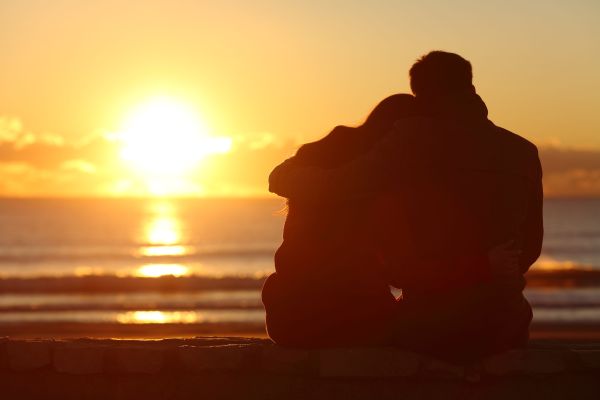 My parents were married over fifty years. My spouse and I will be celebrating our forty-fourth wedding anniversary this September. It has not always been easy, particularly with two demanding careers and a child. Our schedules often did not allow us much time together and when we were together, we often had very little of our best left to give. Yet through it all, we remained best friends and trusted each other’s commitment to our relationship.

I would like to believe that our faith united us as a couple and made us stronger, but in reality, it was often a source of conflict. We were of different Christian faiths and rarely spoke of God or worshipped together until the past few years. I cannot recall that we prayed together before then. It has only been during these past few years, as we have shared our faith, prayed together, and became active in church together, that our relationship has bloomed in ways that are surprisingly unexpected. Our relationship has become the strongest it has ever been. As our faith in God grew together and brought us closer, our love for one another deepened. Thanks to God, our relationship gained a dimension that we had not imagined possible.

In hindsight, I believe God orchestrated the new nature of our relationship in answer to my prayers. Our faith was put to the test when our son-in-law was deployed in heavy combat in Afghanistan during a lengthy deployment. The stress of that time was crushing as we would read frequent news reports of American and Afghan injuries and fatalities there, both civilian and military. We began praying Psalm 91 together, with our daughter. We talked increasingly about our faith, doubts, and explored our beliefs in God with one another. Without God in our lives, and an unwavering faith in Christ, we would have handled ourselves much differently and met the challenges we faced feeling alone. It would have been a much darker place than it already was. It was during that dark time that our knowledge of God’s loving nature grew, and we began to feel love more deeply as we let Him into our relationship. Our faith, love for God, and love for one another collided, deepening our love in a way that we had never felt before – and giving us a reservoir of strength to draw on that often felt not of this world.

A 2019 report from the Institute for Family Studies (IFS) and the Wheatley Institution, entitled “The Ties That Bind,” suggests the positive effects of inviting God into our marital relationship are available to all. The study considers whether religion is a positive or negative influence in heterosexual family relationships? It focused on four areas: relationship quality; fertility; domestic violence; and, infidelity. The study covered 11 countries: Argentina, Australia, Chile, Canada, Columbia, France, Ireland, Mexico, Peru, the United Kingdom, and the United States.

Briefly, the study concluded the following:

The study validates what the Bible suggested thousands of years ago. That is, although there are no guarantees against hardship, challenge, abuse, or other sin in the context of any marital relationship, shared faith is a positive influence in many respects. In the countries studied, it’s been proven that shared religious faith can foster deep meaning and importance to the relationship; there is no reason to believe this would be any different in other countries as well. Shared religion in a marital setting can also establish behavioral standards and values that facilitate individual and marital well-being, as well as loyalty and solidarity. Further, the report found that the expectations, norms and networks associated with couples-friendly and family-friendly religious communities “reinforce the ties that bind.” However, because marital relationships do not insulate either spouse from sin, it also lamented that the challenge facing these religious communities “…is to build on these strengths to address families who are struggling – including the approximately one-in-five of their adherents who experience intimate partner violence” (the same statistic for non-religiously shared relationships per the report). (p. 4)

I sometimes wonder why my spouse and I were never able to share our faith earlier in our relationship. I believe it would have made us stronger and that we may have avoided some of the conflict we had over 40-something years. Perhaps we were too self-centered, too selfish, too materialistic, or our respective faiths simply were too weak. Perhaps we never prayed for God’s help until much later. It’s not a question I can answer, except to answer it this way: “Since the Lord is directing our steps, why try to understand everything that happens along the way?” (Proverbs 20:24). It’s enough for us now to be grateful that although we initially walked our spiritual journeys alone, God was always with us and helped us evolve our relationship into the marriage that God intended all along.

3 thoughts on “The Ties That Bind”